ATTENTION READ (Blue's post about being a War Commander)

ATTENTION READ (Blue's post about being a War Commander)

Your war commander Blue here.
Well i want to talk about the war team and the activity of the war team.
Blue why u do dis?
Simple, from what i saw is that this academy isn't interested in the war teams or wars.
I tried to test people and motivate people. I tried to test some appliciants several times but they had an excuse every time or tried to avoid me and don't ask me why cuz i don't know either.
We tried to do 3 wars at the same time, but we can't even afford one. We need at least 10 people for a war and we only have 3 (torm, doc and me). We (the war commanders) and the admins tried to get the war team active, i even tried to get my fellow war commanders active. We failed at this. Look, wars are fun, they are really fun and they even recruit people. In the past on my previous academy we gained people only because of the wars, they saw we were an OP academy and came over to us. Now we have a very big status as an acedemy. Well we can do that too, we can gain a lot of people and have more fun and get a nice status as an academt, WHO DOESN'T WANT THAT, HUH.  < That  sounds pretty cool tho. Joining the war will also help you a lot at improving your skills as a duelist, so where are you waiting for and apply!!!

I hope you guys understand this and i think EVEYBODY wants to make this academy a great, fun and nice place to be. And no the war team isnt the only option to gain members, ofc not but it helps A LOT. And it doesn't matter whether you are bad or good, just try and then we will see. So the ones who wants to make this academy a great place and help, here ya go: [You must be registered and logged in to see this link.] . 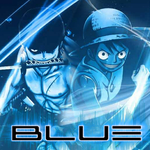