Looks like the time has finally come for the show to come to an end, eh?

Introductions and Farewells
Page 1 of 1

Looks like the time has finally come for the show to come to an end, eh?

I just wanted to say that I'm leaving MADA for good this time. Nothing is going to change my mind about it. MADA just doesn't feel like MADA, if you get where I'm coming from. When Azmain and I started the place, things were a lot different. It felt like we were a team. It felt like we were a family, but now I just don't get that feeling. It all started back when I was still an admin, when I was excluded from a lot of major decisions and discussions because my WiFi was turned off at the time. I had to contact everybody through Facebook on my phone. Now, at this point I had talked to Stardog and told him to keep me posted. However, that never happened. They made several big decisions while I was away and I wasn't told about it until later by Torm. When I came back, I was excited and ready to get back into the swing of things, but the way we did things was changed drastically, newer members alienated me and talked to me like I was a piece of shit, and I was still excluded for the most part, from decision making and discussion. I eventually snapped during a discussion over a tournament, and stepped down from my position. That's when I started BWDA, but that's an entirely different chapter of my life for the most part. From then on, I literally didn't care what happened with MADA until the incident with Sketch where she stepped down and deleted the CSS. At that point, I began to be more active at MADA and care more about what went on. Regardless, my interest waned and that feeling of unity and family went along with it. Now, things just don't feel right. I have no ill will toward anybody on MADA, nor do I regret the time I spent with the crew. I mean it when I say that MADA quite possibly saved my life, and gave me purpose for a long time. I've enjoyed watching various old faces grow not only as gamers, but as human beings as well. I just feel that it's finally time to turn the page, and finally close the chapter of my life with MADA. Thank you, everybody. From the bottom of my heart, for the time, memories and fun. I'm not just writing this post as a member or mod, or even as that annoying ass troll named Shadow, but as the co-founder of MADA, and an old friend. May our paths cross again someday, and if you feel the need to keep in touch with me, add me on Discord @Sakaki Yuya#8552. Don’t cry because it’s over. Smile because it happened. Au revoir, MADA. It's time for this old buzzard to spread his wings and fly.
_________________
"Hidden in my heart, my passionate feelings are dreams of the future and the risk of death. The dream has began to move, with the limits already heard. The road leading to that place seems to me to bestruck with dazzlingly bright light." La-Vie, Freedom
[You must be registered and logged in to see this image.]
Smash mains: [You must be registered and logged in to see this image.] [You must be registered and logged in to see this image.] [You must be registered and logged in to see this image.] 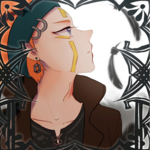 I can understand what you mean, MADA, and Forumotion YGO sites in general have plateaued since the advent of Discord. Ever since then, there has been very notable stagnation, especially on MADA, it has mostly transformed into a talk server, not that there is anything wrong with it but a notable drop from say a couple years ago. There were a lot of fun times early on in the conception of MADA and I'm glad we've shared in those memories. Hopefully we can still see each other and hang out as friends. Good luck in anything you try to stride forward for. 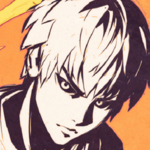 who are you again?
_________________
"Never forget what you are, the rest of the world will not. Wear it like armor and it can never be used to hurt you."
~George R.R. Martin
[You must be registered and logged in to see this image.]
“Sometimes I drink coffee at 3:57 a.m., only I call it beer, and it's really purple wine, disguised as clear distilled water, taken from my invisible car's radiator. She used to like radiator water too, so this also serves as a self-reminder to never share a glass with someone who has had hepatitis.”

My B on not keeping you updated years back. I didn't do it maliciously, truthfully if I can remember right I forgot to do so. There were moments where the majority of staff voted for one motion and you'd vote against it which after a couple times, we had just started to make decisions where we all agreed on it since it was faster. But it wasn't the right thing to do, I left you out on that. Sorry for that. Hopefully you still see me as a friend. Hopefully you're happy wherever you go.
_________________
[You must be registered and logged in to see this image.] 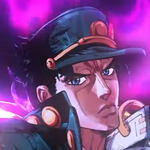