Ok so quick little infodump here, this is from xav´s idea about a dangan ronpa roleplay, i volunteered to GM
Also this is NOT gonna take plac ein the Danganronpa world becuse i dont want to limit the story i as a GM can give you
The basic idea of it is still the same, a bunch of teens stuck in a school place (cant escape obviously) where they have to kill each other (and get away without being caught) to get out, ill go trough the rules in a bit.

Rules for character: NO IMORTALLITY, no supernatural powers, etc. You may be unaturally good at something but as long as you COULD be that good in reality, like you might be an athlete on almost the same level as a national athlete, its unlikely that a teen will be but its possible, however saying that you have magic..... NO.
Immortallity should be preety obvious why you cant have.....

So if you want to kill someone, you may either go after some NPC people ill add a certain amount of based on how many players there are or try your luck with an other players, depending on both of your planning and such ill roll dice to determine wheter you suceed or not, obviously gives you advantages when you have a solid plan and whatnot and disadvantages if you just try to walk up to them and stab them in the hallway or something, i will have both the murder and the target there to witness these rolls and they are just there to determine sucess, you must still figure out the entire plan and everything on your own and such

So basicly you have to be smart about planning murders and also carefull to avoid being killed, if you dont want to murder anyone then fine, just solve the mysteries and try to stay alive.

Name: Yamagishi Rikiya
Nickname: (Optional)
Age: 17
Gender: Male
Apperance:
[You must be registered and logged in to see this image.] 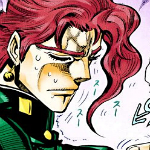